Conclusion:In our case series of 8 patients with metastatic melanoma, hypophysitis occurred as early as 2 weeks & as late as 6 months post-initiation of Ipilimumab therapy. All continue on maintenance glucocorticoid replacement with no evidence of reversibility. These results highlight the importance of baseline hormonal screening & continued surveillance, as a high index of clinical suspicion is essential to prevent delayed diagnosis & associated morbidity. 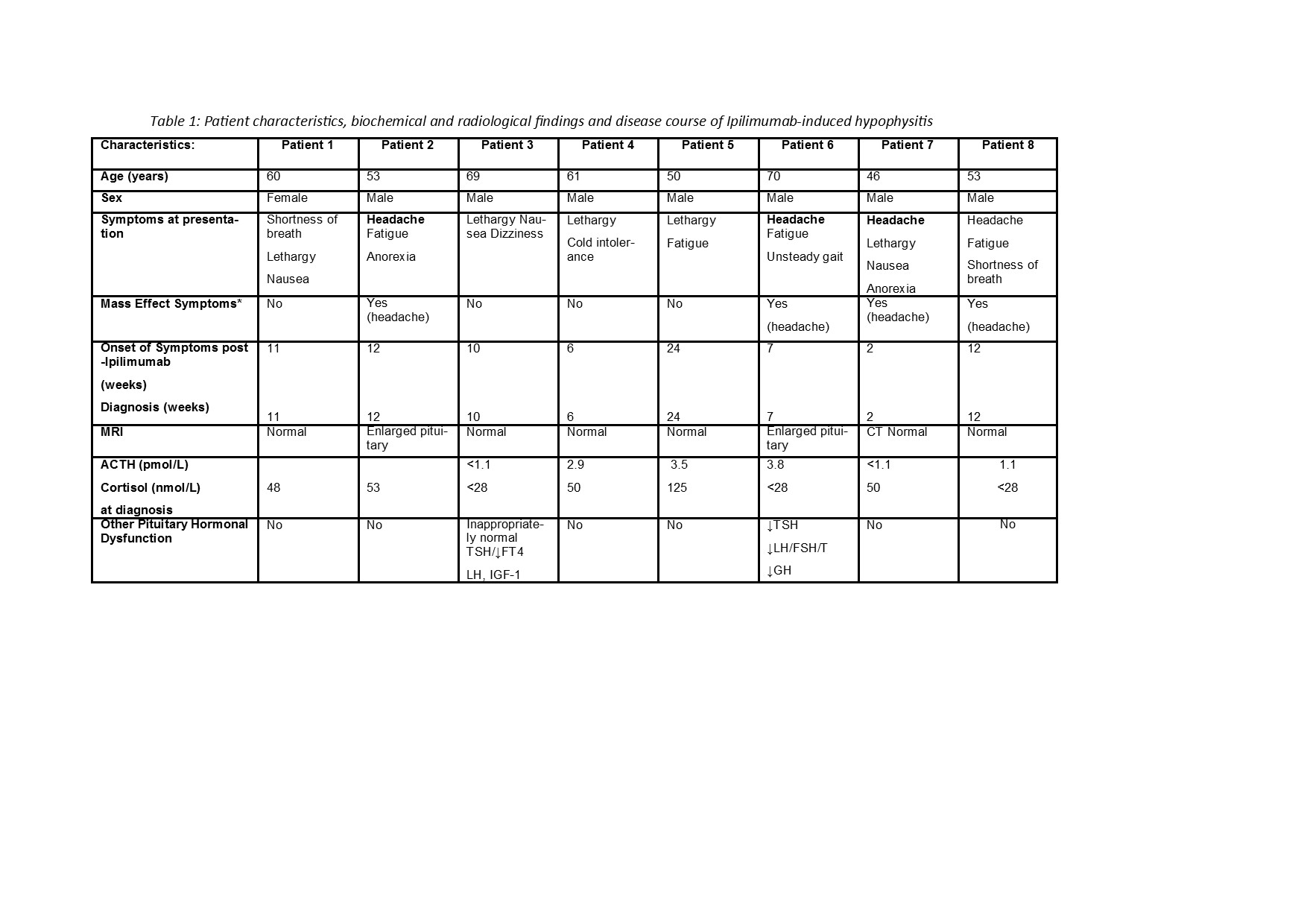