In conclusion, acute and chronic low dose prednisolone reduced insulin sensitivity. However, this was not associated with adverse changes in vascular function. Fat oxidation did not suppress postprandially in subjects on prednisolone, which may be secondary to but also exacerbate insulin resistance. 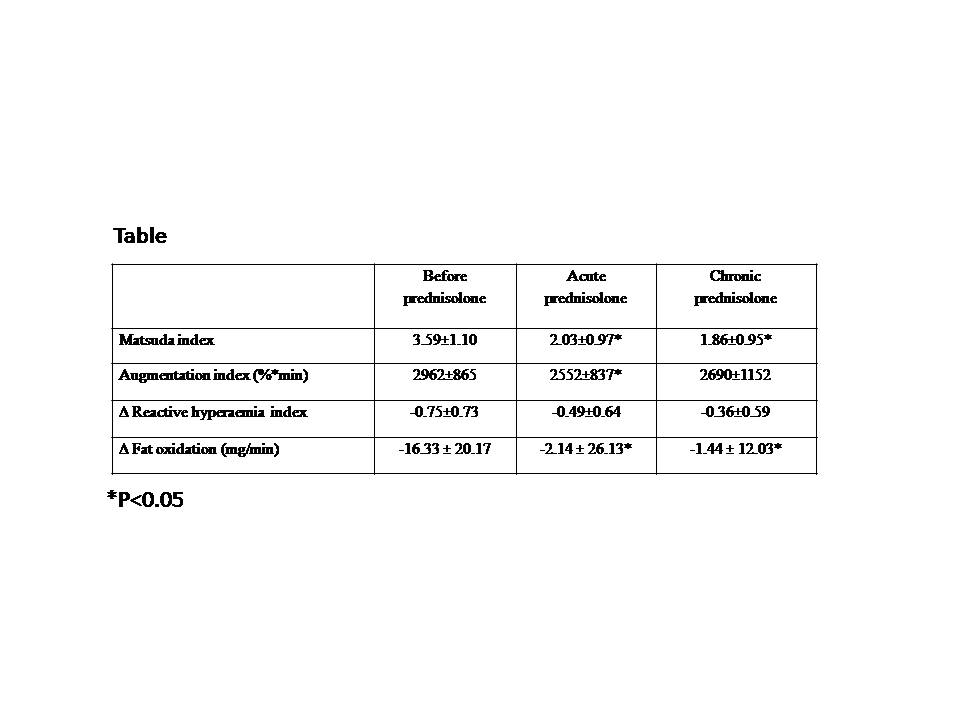